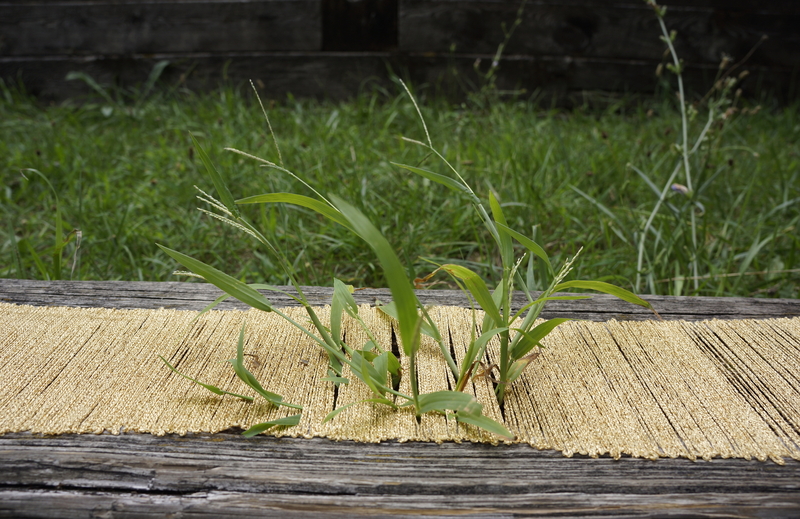 Excited to be a part of this international exhibition that will be in Seoul, South Korea, May 24-31 at the Seoul International Art Center.

Review of Mending Gold: With Reverence from the Newberg Graphic.
https://news.pamplinmedia.com/nbg/144-features/375657-261202-the-world-as-viewed-through-textiles

Article about my artistic process and inspiration will be featured in the HAND/EYE online magazine for January 2018.

Very pleased to be included in this great book highlighting Fiber sculpture.

Women, Art and Fibers: Contemporary Responses to Abolition and the Journey North.

Juried exhibition  at the CVPA Campus Gallery at the University of Massachusetts Dartmouth. Curated by  Dr. Memory Holloway and Laurie Steage, February-March 2017.

CVPA Campus Gallery at the University of Massachusetts Dartmouth

The Surface Design Journal included me in the Mending issue in the Made Aware inaugural section with my article Mending Gold: Longitude and Latitude.

I was fortunate to have an article published in the fall 2016 issue of Textile Fibre Forum: Mending As Metaphor.

On-line exhibition of my artwork on the Textile Curator's website that is dedicated to having monthly online exhibitions showing contemporary Fiber/Textile art.

Exhibition review, Let the Games Begin!, Gerhardt Knodel from
October -November 2015 at Wasserman Projects in Bloomington Hills, Michigan. This review was in the Spring issue of the Journal in 2016.

Landscape mending at the Peninsular Paper Company power generator building that supplied power to several buildings along the Huron River including the Ypsilanti Underwear Company.

Mending performed at the base of Leh Palace in the desert Himalayas in India, July 2016.

Mending at one of the thousands of military bunkers in Albania.

Fiberart International 2016 will take place May 6- August 2016 in Pittsburgh, PA. The exhibition will have works on display at The Society for Contemporary Craft and Pittsburgh Center for the Arts.

One week residency at Arrowmont School of Arts and Crafts, Gatlinburg, TN

Materialities: Contemporary Textile Arts is an international juried exhibition at the Arrowmont School of Art and Crafts in Gatlinburg, TN.

International juried exhibition of contemporary textile work. Beginning in the Bratislava Castle in Bratislava, Slovakia then traveling to Hungary, Poland and the Czech Republic. The exhibition will travel until February 2017.

International juried exhibition of contemporary textiles/fiber work at the Muskegon Museum of Art and The Dennos Museum Center in Traverse City, Michigan

Solo exhibition at the MAD Gallery Centre, POLIS University, Tirana, Albania. This exhibition will include recent work based on close observations of daily rituals.

Music/Dance Performances - Ursula Walker (Diva of Jazz in Detroit) & Buddy Budson; Dan Kolton, poet of the bass, performs with Ursula and Buddy and his original music for "Poetic Dream," choreographed by Barbara Selinger for DDC's Susan Clayton will be performed. "Dead Letters," also choreographed by Selinger and inspired by the art of Brooks Harris Stevens, visual artist, will be performed by DDC. Her work, "Letters of Lineage," will be exhibited in the foyer of the Carr. You don't want to miss this...EXCITING!

Friday, June 5, 2015 I have the pleasure to view the juried work into the 577 Fiber Foundation's annual juried exhibition. This event is filled with exceptional contemporary examples in the Fibers field.

This solo exhibition highlights recent works of Brooks Harris Stevens at the Kreft Center for the Arts at Concordia University in Ann Arbor, MI.

The exhibition is being co-sponsored by the University of Detroit Mercy Women’s & Gender Studies Program and the Lawrence Technological University School of Architecture and Design.

Video article about the exhibition Chromophobe that I am in at the Anton Arts Center in Mt. Clemons, MI.  It highlights two pieces that I have in the exhibition nicely, Little Lies and Trace, Cut, Fold, Steam & Repeat,
http://www.clipsyndicate.com/video/play/4183285/chromophobe_at_the_anton_art_center

Metier will take place in Prizeren, Kosovo at the Hamami Gazi Mehmet beginning June 27, 2013. This exhibition will highlight the strength of women in Kosovo as well as work with a community of women's organizations in the preparation of artwork for the Metier.

Line by Line- Drawing Explored, is a group invitational exhibition at the Detroit Artists Market in Detroit, Michigan including a variety of experimental drawing techniques.
April 19th- May 24th 2013.

Centered is an exhibition at the re-opening of Detroit Industrial Projects (D.I.P.) at the Russell Industrial Center in Detroit, Michigan. Jada Bowden, Jeanette Strezinski and Brooks Harris Stevens will have work that all relate to the theme Centered.

Inherent State is a group exhibition with fellow fiber artist, Sarah Wagner and sisters Jennifer Harris and Cathy Wagner. Sarah and I are both fiber artists with sisters who are poets and creative writers. What are the chances of that happening! Come see the exhibition at the Ann Arbor Arts Center in Ann Arbor, Michigan February 10th- March 16, 2012.

Materials: Hard & Soft is a national juried exhibition in Denton, Texas, a suburb or Dallas. Little Lies will be on display from February 3- March 30, 2012.

Invitational exhibition for alumni that will take place at the Gray Gallery at ECU as well as the Greenville Museum of Art and the Greenville Arts Council Gallery.